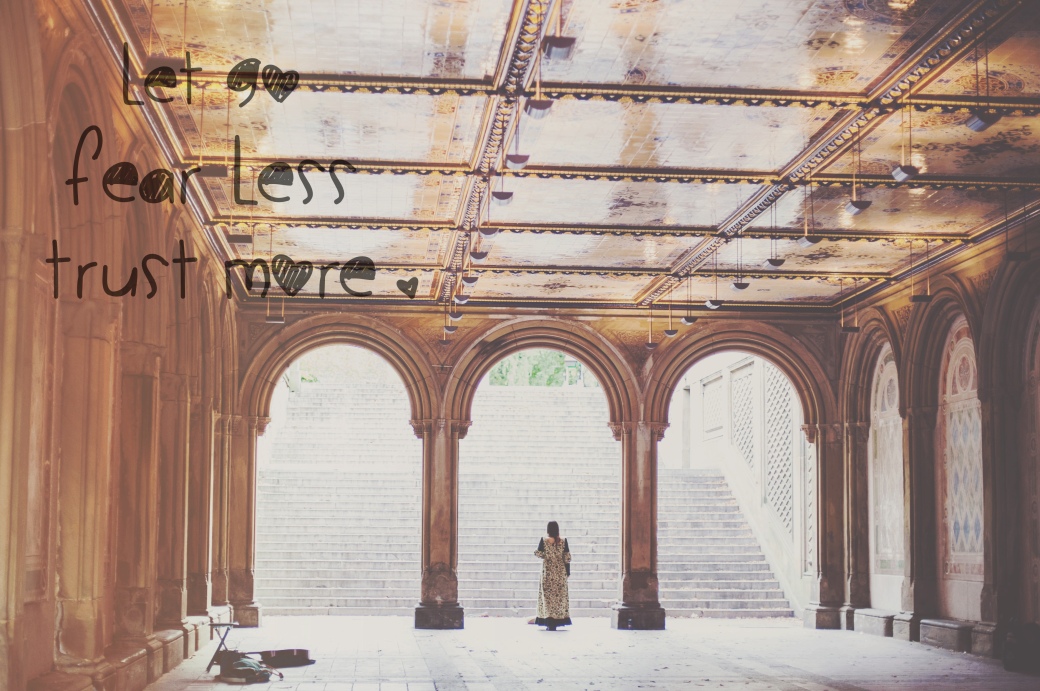 If there is one thing I learnt while being in New York – it’s that people rarely smile on the subway. They’re all plugged in separately. If I were them, I’d be too. In between the squeaking, screeching breaks and the people walking up and down the subway begging for money – I’d probably want to tune out too.

I’m a people watcher – it’s a habit passed down from generation to generation of Reillys, we’re people watchers. I can’t help but find people to be so interesting. How they act, the way they move, walk, talk – everything. And New York is the best place for people like me. (See me, down there in the middle amongst the craziness!) 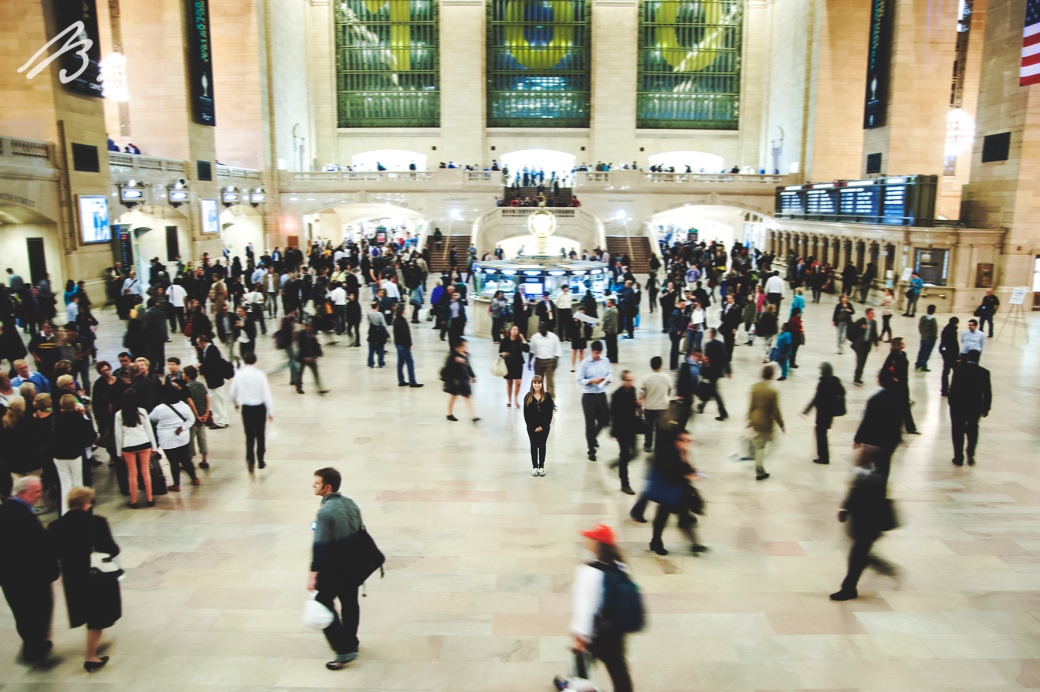 The odd person I would see smile – somebody who was handing out pamphlets about Jesus…they smiled, but that was it. Everyone had their phones. Which I understand; I am a phone person – I am on my phone 98% of the time almost, it’s where I work, it’s what I do. But in New York I didn’t have my phone with me. I chose not to add-on a travel package but really just go and be in the moment (and not cost me a million dollars.)

But it really gave me the opportunity to take it all in. People were constantly listening to music on their phones, reading books, the bible, playing Candy Crush. My lanta – I can not even tell you how many people were playing candy crush. I’m sure that if you set up shop in the subway with a rehab centre for Candy Crush addictions – you’d make a ton of money.

Apart from that but not completely unrelated – there was an incident on a train in San Francisco where a man brought a gun onto the subway/train. He pulled it out of his jacket pocket, pointed it out in front of him as if to warn people – but everyone was so absorbed in their devices doing God knows what on their phone that no one noticed it. That is until he shot a random university student.

I realize that this is a generalization – but from what I experienced – it’s a pretty spot on one. I couldn’t believe it. There are tons of things that I don’t notice while I’m on my phone. I am terrible for that, and I know it. I need to change. But you’d never think that you could be so absorbed by something as to miss a gun. When I think about myself in that situation I think, “of course I would see somebody with a gun, how would I not see somebody with a gun.” And I am sure that if anyone had heard that story on the news and they were not in that subway that they would say, “Well if I was there, I would have seen him. I would have saved that kid. I would have stopped him.” But to be honest, that’s probably not the case. You probably wouldn’t have. You probably also would have been on your phone – as I would have too.

Take note that I always have an electronic device attached to my hip, I love social media and everything that goes along with it. I find it hard to find time for God. I really do. I find getting up for church on Sundays a real struggle for me. I would much rather be editing, building my business – a multitude of things – heck, I would even rather watch Netflix then get up some Sunday mornings and take myself to church. And maybe that subway example is a call out to how we are a Christian community.  We’re so absorbed by our own little worlds that we’ve created in a palm of our hands that we don’t even see it when the devil is coming up, we don’t even see when he’s going to attack – despite the warning signs.

While driving home from a wedding on Saturday night, I was listening to the band All Sons and Daughters – which I’ve mentioned on here before – they are fantastic. I am not always the best in my Christian life – I make mistakes everyday. But listening to Christian music is sometimes the only thing that keeps me going to tomorrow. Constantly reminding me that Jesus is awesome, He is a saviour. That I am forgiven. That I am a daughter to the Most High. And that I am loved.

They have this song called “Wake Up”, and I was thinking about it, as I was listening to it and the lyrics go,

And its true. We have to wake up as a community, as a faith and as Christ’s body we have to see this. We’re just living in these worlds quite literally in the palm of our hands, in the little dream worlds – and we’re happy, we’re content in that. We need to see that this dream world is not real – that there is a huge world out there that is not remotely in our hands. Thank the Lord that it’s in his hands, because we would be even more of a serious mess if it wasn’t. Bad things are going to happen – we can’t stop them all and a lot of them are out of our control. But there are some that are within it. Some that we as humans and children of God are meant to intervene on. The devil is coming, he is trying for us, he is trying for the distracted ones, he is trying for the people not paying attention, the vulnerable ones. He is trying for us, for me and he is trying for you.

It’s our responsibility to be aware of the world that we’re a part of. The bigger picture. It’s about being aware that your life somehow fits into the puzzle of the person’s life sitting beside you. That you are a small yet extremely important fixture in it all.

2 thoughts on “People don’t smile on the subway.”